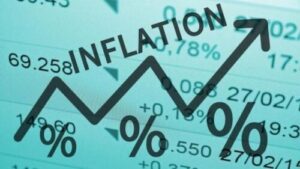 THECONSCIENCEng findings have shown that the value of manufactured goods traded tumbled by 36 per cent from N4.51tn in the second quarter of 2021 to N2.87tn in the corresponding period of 2022.

This is according to the foreign trade report by the National Bureau of Statistics for the second quarter of the year and its corresponding quarter of 2021.

Foreign trade statistics measure goods traded between an economic entity and its economic counterparts within a given period.

The fall in the value of traded manufactured goods came as manufacturers continue to grapple with skyrocketing costs and a harsh operating environment.

According to findings by our correspondent, exports of manufactured goods also took a downward plunge within the period in review, from 211.67bn recorded in 2021 to N119.53bn in 2022, representing a 43.5 per cent decline in 12 months.

There had been reports earlier on how manufacturers were adopting survival strategies amid a worsening operating environment.

In its “Manufacturers CEO’s Confidence Index,” the Manufacturers Association of Nigeria noted that its members had to resort to adopting survival strategies to improve production.

The Director-General of the Nigerian Association of Chambers of Commerce, Industry, Mines, and Agriculture, Olusola Obadimu in a chat with newsmen said that given the prevailing economic climate, the decline in the value of manufactured exports was expected.

According to him, unresolved port-related issues have also made exportation more difficult for manufacturers.

He further stated that the insecurity crisis in the country had significantly affected farming activities, which, in large parts, account for raw materials used for production purposes.

Also, according to a professor of Economics at Olabisi Onabanjo University, Sheriffdeen Tella, Nigeria’s macroeconomic policies have remained unfavourable for the manufacturers. He said the combined forces of inflation, interest rate, energy costs as well as other factors had put a serious strain on manufacturing activities.