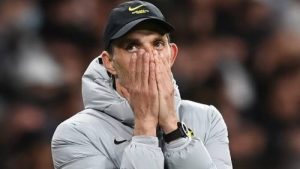 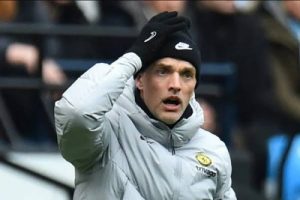 Former Chelsea manager, Thomas Tuchel has for the first time spoken since he got sacked at the club.

The German coach was given the boots on Wednesday morning after suffering a 1-0 defeat away to Dinamo Zagreb in the UEFA Champions League.

Tuchel was appointed as Frank Lampard’s successor in January 2021 and guided Chelsea to their second Champions League crown in May that year.

In February, he led Chelsea to the only trophy previously to elude Abramovich during his 19-year tenure, the Club World Cup, with victory over Palmeiras in Abu Dhabi, United Arab Emirates.

The German took to his Twitter handle on Sunday to express how devastated he was getting sacked from his role as the Blues gaffer.

Tuchel described Chelsea as a home for him professionally and personally.

He conceded he is honoured to leave after contributing his quota to the club’s history.

He tweeted, “This is one of the most difficult statements I have ever had to write – and it is one which I hoped I would not need to do for many years.

“I am devastated that my time at Chelsea has come to an end.

“This is a club where I felt at home, both professionally and personally.

“Thank you so much to all the staff, the players and the supporters for making me feel very welcome from the start.

“The pride and joy I felt at helping the team to win the Champions League and the Club World Cup will stay with me forever.

“I am honoured to have been a part of this club’s history and the memories of the last 19 months will always have a special place in my heart.”

Graham Potter, former Brighton and Hove Albion coach was appointed as his replacement,.