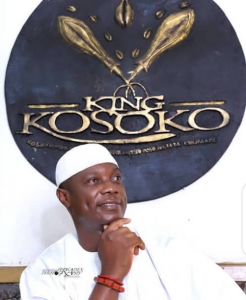 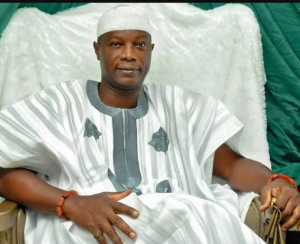 …To commemorate milestone with Epetedo community in Lagos Island.

THECONSCIENCEng reports that the King Kosoko Royal Family of Lagos under the leadership of Prince Abiola Olojo Kosoko, the Oloja of Lagos elect, has announced a schedule of programmes to commemorate the historical return of King Kosoko 1 to Lagos in 1862.

The triumphant return of the warrior king Kosoko 1 as well as his chiefs and followers to Lagos followed a 10 year sojourn in Epe following the bombardment of Lagos by the British Royal Navy in 1851 leading to the King’s exit.

A statement signed by Mr. Israel Bolaji-Gbadamosi, Media Consultant to Prince  Abiola said the celebrations will feature a 2-day programmes of events which will commence on Thursday 15th through Friday 16th September, 2022 in the Ereko area of Lagos Island.

According to Prince Abiola, a direct descendant of Olojo, King Kosoko’s first son,
“The descendants of King Kosoko 1 and his followers in Lagos State have concluded plans to proudly celebrate the return of 1862 to Lagos, the end of hostilities as well as the return of the commercial spirit back to Lagos.

He explained that, “On Thursday 15th, the Olowogbowo Fanti Carnival will be used to celebrate the return during which a procession will go round Ereko, Kosoko Palace area with an Atupa (Lamp) signifying the arrival of the Kosoko progenitor. The colour of the day will be yellow and the procession will be done jointly with the people of Epetedo community of Lagos Island who returned with King Kosoko. 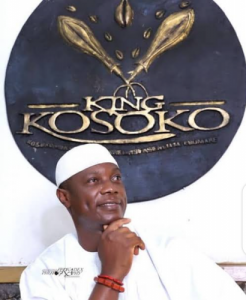 “On 16th, after the Jummat prayers, we will again converge at the Kosoko Palace, unveil the event logo, the King Kosoko 1 statue as well as give awards of recognition to prominent icons and personalities who played key roles during the King’s life times.

“With the events and programmes, we seek to significantly revive and reinforce historical heritage in Lagos to promote culture, values and tradition, and foster peace, unity and trade in the nation’s commercial epicentre for improved development.”

Meanwhile, while making comments on the benefits of cultural heritage, he highlighted that if culture was not properly understood and applied, heritage, inheritance and tradition will be lost.

Kosoko however called on the Lagos State government to do more in embracing culture as it holds great potentials for development.

“I urge the Lagos State government to significantly embrace culture. Sadly, culture is getting increasingly eroded by modernisation and its wild ways. Culture should be given more prominent platforms to thrive. This will aide heritage sites to be promoted with traditional religion and cultural beliefs of the people, then, you have more historical sites to showcase which will give improved historical meaning to the establishment of the State, ” he noted.

He insisted that the Chinese and Indians have excelled in this regard because they created futuristic platforms that integrate both modern Western practices and cultural beliefs and attitudes to thrive together.

Kosoko stated that African youths and people need to appreciate the full benefits of culture by being well introduced in a manner that shapes them to align modernisation to the typical practices in exhibiting identity.

“culture is the natural guidelines designed by people to prepare them for future and guide their activities, as it helps to guide tradition, promote heritage and serves as instruments to nurture humans in various spheres of life. He concluded that through culture, tradition, religion and moral trainings are preserved,” he concluded.