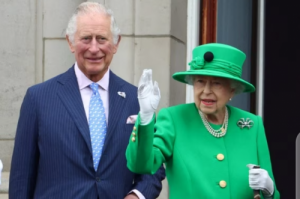 King Charles 111 takes over as Queen Elizabeth passes at 96

73 year-old King Charles, formerly Prince of Wales, who is the oldest heir apparent in British history has ascended the throne as the new King.

This followed the death of Queen Elizabeth II, the longest-serving monarch in British history and a symbol of stability in an era of sweeping social and political changes instantly recognisable to billions of people around the world, aged 96, Buckingham Palace announced on Thursday.

THECONSCIENCEng reports that the eldest of her four children, Charles, becomes king immediately and will be officially known as King Charles 111, according to his first statement following the Queen’s exit.

His first task will be to lead a country in mourning as it comes to terms with the death of Queen Elizabeth—the only monarch most people in Britain have ever known. He is expected to address the nation on Friday, and later tour it.

The Queen had ruled for seven decades having ascended to the throne in 1952, as she was just 25 years old when her father, King George VI, died and she became head of the monarchy and the figurehead of a commonwealth of 2.4 billion people and over 50 countries.

The queen’s death came after the palace announced on Thursday that doctors were “concerned” for her health and recommended she stayed under medical supervision.

They were joined by Charles’s sons, Prince William, and his estranged brother Prince Harry.

Two days earlier the queen appointed Liz Truss as the 15th prime minister of her reign and was seen smiling in photographs but looking frail and using a walking stick.

The queen’s eldest son, Charles, inherits a monarchy that faces the challenge of hewing to ancient tradition while adapting to reflect modern Britain. The 73-year-old king, who will reign as Charles III, said in his first statement that the queen’s death would be felt “by countless people around the world.”

Somber crowds gathered outside Buckingham Palace and flags were lowered to half-staff as plans began for 10 days of commemoration before the queen’s funeral.

For nearly a decade, late Queen Elizabeth had gradually handed over responsibilities to her son in preparation for his eventual succession.

Aides to King Charles, formerly Prince of Wales, have said the new monarch envisions a slimmed-down and lower-cost royal family that remains at the center of Britain’s national life. To do that, he must unite his family as the House of Windsor is grappling with strained relationships.

King Charles isn’t universally popular with his subjects. With a 42% approval rating, Prince Charles was the seventh-most-popular British royal in a recent YouGov poll, below his son Prince William. The queen was the most popular, with 75%.