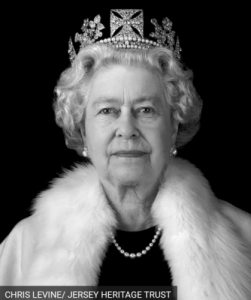 The British Royal Family, on Thursday, announced the death of Queen Elizabeth Alexandra Mary Windsor II at the age of 96.

A statement from the Royal Family on Twitter said the respected monarch died peacefully.
THECONSCIENCEng collated 20 interesting facts about the late monarch:

1. She was not born in a palace

Although she was the first child of the Duke and Duchess of York, the future King George VI and Queen Elizabeth (the Queen Mother) — and the eldest granddaughter of King George V, Queen Elizabeth II was not born in a palace,  she was instead born in a townhouse in London that belonged to her Scottish maternal grandparents, the Earl and Countess of Strathmore on 21 April 1926.

Queen Elizabeth II was educated at home alongside her only sibling Princess Margaret who was born in 1930. The two princesses were educated under the supervision of their mother and their governess, Marion Crawford. They were taught lessons concentrated on history, language, literature, and music.

3. She was in Kenya when her father died

Queen Elizabeth II was in Kenya with her husband Prince Philip when her father King George VI died in 1952. Philip broke the news of King George VI’s death to his wife while they were alone during a trip to Kenya. 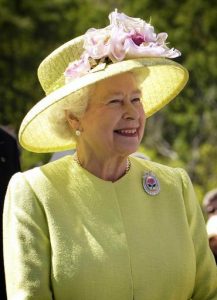 Her father king George VI died at the age of 56 on February 6, 1952, while Elizabeth was visiting Kenya with her husband, Prince Philip. Queen Elizabeth II was crowned at Westminster Abbey in central London on June 2, 1953.

5. She became head of seven independent Commonwealth countries after her coronation

6. She was the first British Monarch to visit the Republic of Ireland

Queen Elizabeth II became visited the Republic of Ireland in 2011, with the highly-charged visit making her the first British monarch to visit the country since it won independence in 1922.

7. She toured every region of Britain ahead of her diamond jubilee

Queen Elizabeth II toured every region of Britain ahead of the four-day party in June to mark the jubilee, while other royals made visits across the Commonwealth.

8. She was the head of 54 Commonwealth nations

The Commonwealth comprises 54 nations and Queen Elizabeth II was the head of these nations before her death. Her father, King George VI, was the first monarch to be formally styled as Head of the Commonwealth.

9. She was the most traveled monarch in history

Queen Elizabeth II holds the record for the most countries visited by an individual monarch. She visited more than 120 countries on six continents. Canada is the country she traveled to more than any other country outside the United Kingdom.

10. She was the longest-serving British monarch

Queen Elizabeth II’s reign of 70 years and seven months is the longest of any British monarch.

11. Since all British passports are issued in the Queen’s name, she does not need a passport to travel, nor is she required to have a license plate on her vehicle or a driving license.

12. In 1957, she became the first sovereign to open a session of Canada’s Parliament in person.

13. Did you know where the elegant wedding dress of the Queen came from? Well, her majesty used ration coupons to purchase the material for her wedding dress. But, don’t be shocked, because the dress was elegant and it took around 6 months to make the dress.

The dress was made of ivory silk and was encrusted with imported seed pearls.

14. She got her first horse as a gift from her grandfather King George V, and it was named Peggy.

16. When Prince Philip planned a tour to Balmoral, he proposed to Elizabeth. The proposal took place in 1946, and she accepted it without informing her parents. Finally, the engagement was officially announced a year later in July, 1947.

17. The queen was interested in learning different things from childhood, and she began studying law and constitutional history after 1936. She is also fluent in the French language and has studied German and music at home.

She delivered a radio broadcast in 1940 on Children’s Hour.

20. She was a great lover of champagne. The Queen loves to take a glass every evening. She was also said to have communicated to her aides in public with various positioning of her hand bag.