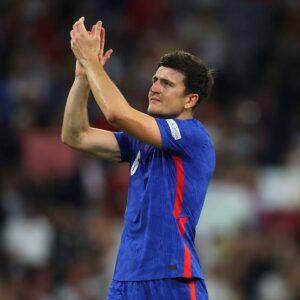 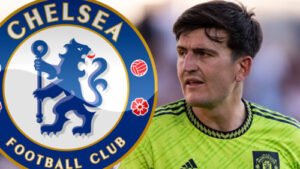 Chelsea have made a shocking enquiry about the availability of England defender Harry Maguire to move to Stamford Bridge before the close transfer window.

According to a report from Daily Mail, there could be a swap for Maguire with Chelsea’s American winger, Christian Pulisic on a loan deal.

Maguire has battled bags of criticism in recent times for his poor show of runs but is of interest to the Blues as they struggle to complete a deal for Leicester City’s Wesley Fofana.

Pulisic has not lived up to the expectation of Chelsea as well and Thomas Tuchel’s side may offload him in the deal to get another flop in Maguire.

ESPN’s James Olley reported earlier this week that United have shown interest in 23-year-old Pulisic for a possible loan.

Pulisic is set to hold talks with Chelsea about his future, which could include Pulisic pushing to leave the club despite two years remaining on his contract.

This comes as Pulisic has found himself surplus to requirement Stamford Bridge and not appearing crucial to Tuchel’s plans ahead of the World Cup in November.

Amid all speculations, Fofana still remains the priority signing for the Blues, with growing optimism that a deal could be completed after the Frenchman asked to be left out of Leicester’s squad to face Southampton on Saturday.

With the increasing speculation of Chelsea’s interest in Maguire, the development however is seen by many as a very interesting due to questions surrounding whether or not the 29-year-old figures into Erik ten Hag’s plans.