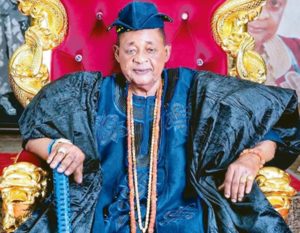 The Head of Oyo Princes, aka Baba Iyaji, Chief Mukaila Afonja, has submitted the names of 86 contestants for the vacant stool of Alaafin of Oyo to the Basorun of Oyo, High Chief Yussuf Ayoola.

THECONSCIENCEng had reported that the throne became vacant following the death of Oba Lamidi Adeyemi III, who reigned for 52 years and died on April 22, 2022, at the age of 83.

Director, Media and Publicity to the Alaafin of Oyo, Bode Durojaiye, disclosed this in a statement made available to newsmen in Ibadan.

Ayoola, after receiving the list summoned an emergency meeting of the stakeholders to deliberate on the development

“At the end of the meeting, it was resolved that all the contestants should, as a matter of utmost concern, attend a peace meeting on Saturday, September 3, 2022, at the Agbala Ogun Hall, in the Palace.

“Thereafter, from next week Monday till Thursday, contestants will appear for interview on daily basis.

“There will be a break on Friday, as no interview will take place, to pave the way for the Jumat service.