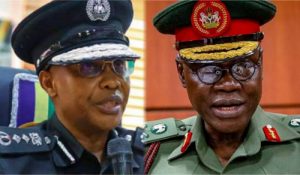 Human rights lawyer, Femi Falana, SAN, has requested the Chief of Army Staff, Major General Leo Irabo, to investigate the alleged killing of officers of the Lagos State Police Command by some privates of the Nigerian Army at the Trade Fair area of Lagos-Badagry Expressway, Lagos State.

THECONSCIENCEng had reported that an inspector, serving with the Lagos command, Orukpe Monday, had died after he was allegedly tortured by soldiers who attacked him and his colleagues while carrying out their duties earlier this month.

It was gathered that the soldiers descended on the policemen after the officers stopped vehicles in their lane to allow a truck to connect to the expressway, killing Monday during the altercation.

Another Inspector, Igbafe Ojo, reportedly tortured by the soldiers, was taken to the Ojo Military Cantonment hospital for treatment.

Activists and groups, including the Lagos Police Command, had condemned the alleged killing and called for transparent investigations to bring the culprits to book. 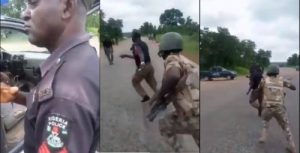 However, in a letter signed by its Per Pro, Taiwo Olawanle, Femi Falana Chambers requested the Army Chief to investigate the incident.

“Our attention has just been drawn to the brutal killing of Inspector Monday Orukpe and torturing of four others, all of the Ojo Division of the Lagos State Police Command. It would interest you to know that save for the maturity and skill of the officers of the Nigeria Police Force involved, the event would have left many injured and killed including innocent civilians going about their normal business activities,” the letter read in part.

“Having regard to the avoidable tragic incident, we humbly request you to use your good offices to cause a thorough investigation into this allegation and fish out the members of the Nigerian Army who carried out this uncivilized act on the personnel of a sister security agency carrying out their constitutional mandates.”

Olawanle said he had faith in the system and believed the Army Chief would let justice prevail in the matter.