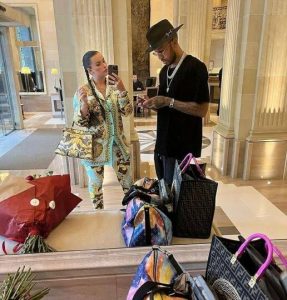 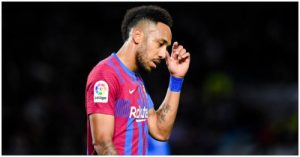 Masked robbers in the early hours of Monday morning broke into the home of Barcelona striker, Pierre Emerick Aubameyang robbing and assaulting him and his family.

THECONSCIENCEng gathered that the robbery was took place around 01:00 when the player was at home with his family members.

It is reported that the assailants got in through the garden, and the moment they were in pointed guns at the footballer, beating and threatening his wife.

According to witnesses, the assailants opened the family safe before fleeing the house in a white Audi A3.

Aubameyang’s wife, Alysha Behague was said to have alerted the police who have since gone into search for the assailants.

Aubameyang is the second Barcelona player to be robbed in the last one week as new signing Robert Lewandowski also got robbed of his wristwatch last week in training.

There have been series of attacks lately on footballers plying their trade in Spain as Valencia new signing Samu Castillejo also recently was a victim of robbery when at home with his family members on the day of his debut for Valencia.