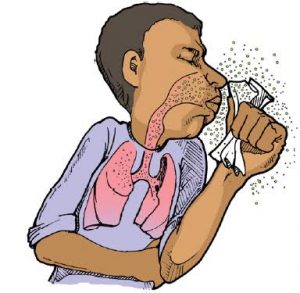 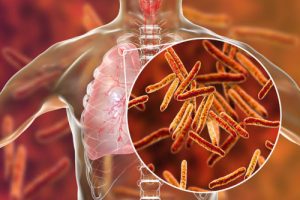 What you should know about Cough, tuberculosis

Cough is generally known as a spontaneous  reflex that helps the body to clear the respiratory tract of mucus or foreign irritants and like other reflexes such as sneezing or blinking, helps in protecting the body.

So, rather than being a disease, cough is most times a symptom of a disease and at other times just a mere protective reflex of the body.

The cough of tuberculosis often starts as a dry irritating cough and continues to get worse as it persists longer than three weeks, producing lots of sputum which sometimes may be blood-stained. Other general symptoms of tuberculosis are fever, sweats, poor appetite, malaise, weight loss, chest pains, breathlessness, etc., and symptoms relating to the body organ affected by TB. Since, TB can spread from the lungs to affect virtually, any part of the body.

However, cough is especially significant when treating TB patients. This is because, in most patients, the cough of TB and its other presenting symptoms may subside as early as two weeks after starting treatment meanwhile the present recommendation is that for TB cure to be ensured, TB treatment should be for six months. It, therefore, becomes difficult to make TB patients continue to conform to treatment after the person’s presenting symptoms have stopped.

This is because most patients lose the motivation to continue using the prescribed TB medications, once the symptoms that made them seek medical assistance, in the first instance, have cleared up. Though their chances of infecting others after two weeks of taking the medications are practically very low they pose more dangers to others if they failed to complete their treatment and achieve a cure.

However, the best way of ensuring that TB bacteria are killed is by uninterruptedly using the medications for 6 months. If the treatment is stopped or dose(s) skipped before the end of the recommended six months of treatment, there is a high likelihood that the TB may become resistant to the TB drugs and often other antibiotics as well.

The implications of the resistance of TB bacteria to TB drugs is that TB cure may no longer be possible using those TB drugs. Subsequently, such patients have a minimum chance of survival because TB may eventually kill them.

The limited chance of survival of such patients is because there is a second line of treatment, though not as efficacious as the first line, and the fact that somehow some people have an inbuilt way of surviving TB disease. But the bottom line here is that anyone who is careless enough to allow the TB disease to develop resistance to the first-line TB drugs does so at his own peril.

Aside from killing the patient, untreated or poorly treated TB disease can damage the lungs and cause lung collapse. It can also cause damage to the other organs of the body that TB affects. So, it is not uncommon to find TB causing heart disorders, liver or kidney problems, meningitis, joint damage, spinal pain, etc.

Please note that It is advisable that those on TB treatment should never equate TB cure to merely the cessation of their presenting symptoms which most oftentimes is cough.