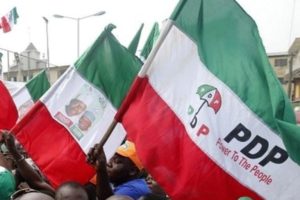 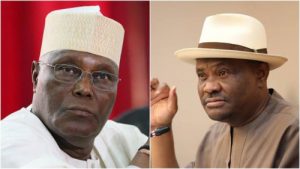 The ongoing internal crisis within the People’s Democratic Party arising from the fallout of its presidential election primary may not be considered as news anymore, but the intra-party conflict rocking the party in various states could affect the party’s victory in those quarters.

THECONSCIENCENG gathered that some of the controversies, preceded the PDP primaries held between last May and June while others are outcomes of the selection process for candidates.

The disagreements are such that have left PDP chieftains and their supporters divided and disillusioned.

In some states, the incumbent governors are in the middle of the troubles while some National Assembly, NASS, members are principal actors in others.

For instance, in Abia, Rivers, Delta, Edo, Oyo and Abia, the state governors have been variously fingered in the internal squabbles.

Some of the states have already witnessed the defection of party heavyweights and their supporters to parties like Labour Party, LP, and New Nigeria Peoples Party, NNPP, thus depleting PDP’s strength ahead of the 2023 elections. 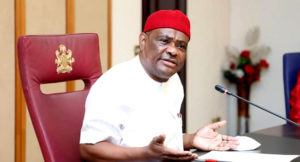 Some chieftains who didn’t dump the party have said secretely that they may likely support other parties during the general elections. Others are indifferent.

In the same vein, loyalist to the PDP presidential candidate, Alhaji Atiku Abubakar, in Rivers State, where Governor Nyesom Wike hails from, have moved against the governor who is at the centre of the crisis rocking the opposition party at the national level.

Since Atiku chose not to pick Wike as his running mate after the Rivers governor emerged as the first runner up in the PDP presidential primary, the party has been split into Atiku and Wike camps.

Amid reconciliation efforts, however, Wike has been romancing opposition figures, the latest being the All Progressives Congress (APC) and Labour Party (LP) presidential candidates, Asiwaju Bola Ahmed Tinubu and Mr Peter Obi respectively, who he parleyed with abroad last week, a situation that raised questions about whether he may defect from the PDP.

There are talks circulating over the the weekend that anti-Wike forces are organizing a 10-million-man-march for Atiku in the coming days in Rivers and the five other states of the Niger Delta.