Liverpool turned their disappointing start to the league around as they earned the biggest win on Saturday afternoon with a 9-0 annhiliation of AFC Bournemouth at Anfield – their widest wining margin.

Luis Diaz and Roberto Firmino got a brace each , then a goal each from Alexander Arnold, Virgil Van Dijk, Harvey Eliot and Fabio Carvalho plus an own goal from Chris Mempham completed Liverlpool’s drubbing.

With this win,Liverpool gets their first win of the season with the only low highlight of the game being Mo Salah’s inability to score in the encounter judging by his numbers against Bournemount fc.

Manchester City’s new buy, Erling Haaland scored his first hat-trick for his team as fought from 2 goals down to a 4-2 thrubbing of Crystal Palace. 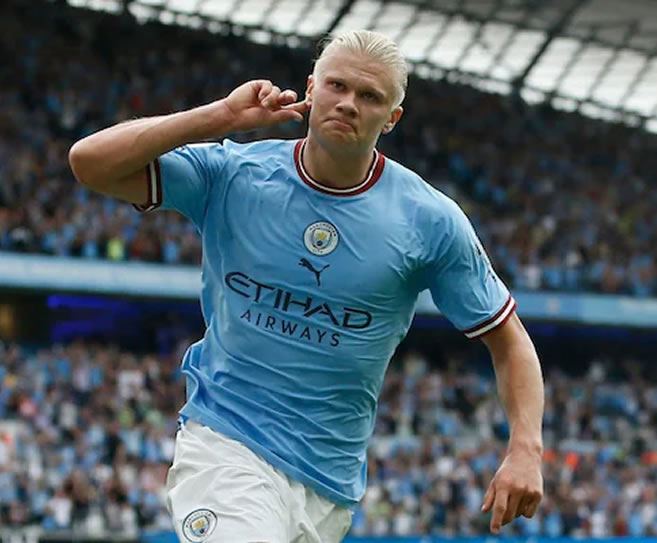 City, going into the halftime, were two goals down but the comeback got launched when Bernardo Silva found the back of the net in the 53rd minute.

Chelsea, on the other hand, survived a first-half scare when youngster Conor Gallagher picked up two yellow cards and was consequently shown the red in the 28th minute to go ahead and defeat the Foxes from Leicester by 2-1.

A brace from Raheem Sterling ensured that Harvey Barnes 64th minute goal for Leicester does not do tamper with their three points.

In the other games, Brighton pipped Leeds United 1-0 with Brentford dashing the hopes of  Alex Iwobi’s Everton who had gone a goal up in the first half. Both teams settled for a 1-1 draw.