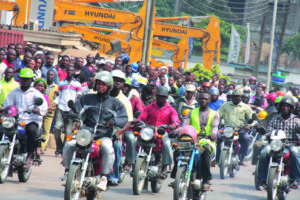 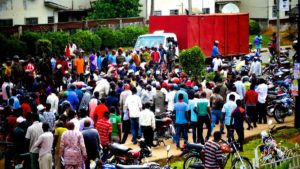 Recall that THECONSCIENCEng reported that as part of the on-going phase clampdown, Sanwo-Olu, had on August 18, 2022, announced total ban on activities of Okada riders in additional four Local Government Areas and their respective Local Council Development Areas, LCDAs of the state, commencing from September 1, 2022.

Earlier, traditional rulers, religious leaders, residents, Community Development Associations, among others called on Lagos State Government to consider a total ban on the operations of Okada riders across the state to end menace and security threat posed by the group.

In response to the pleas, on May 18, 2022, Sanwo-Olu made a pronouncement on the total ban on Okada operations in six LGAs, and the respective nine Local Council Development Areas, LCDAs, under them including all major bridges and highways of the State and the subsequent inauguration of the Lagos State Anti-Okada Squad saddled with the responsibility to aid the police and taskforce to implement and enforce total compliance with respect to the law to curtail the unruly activities of the riders.

Sanwo-Olu had on May 10, 2021, reviewed the 2012 Lagos Traffic Law guiding the Okada operations, after his predecessors, Babatunde Fashola and Akinwunmi Ambode’s administrations banned their activities. The protesting Okada riders were led by chairman of Motorcycle Operators Association of Lagos State, MOALS), Ramoni Eleniyan and few other union leaders.

The leadership of Okada association later proceeded to an emergency meeting with government officials led by Deputy Governor, Dr. obafemi Hamzat to find an amicable  resolution to the issue.