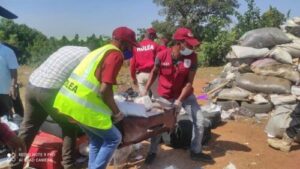 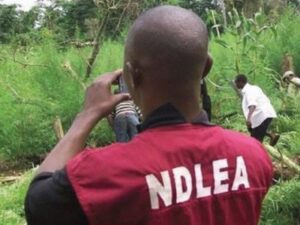 This is according to a statement on Thursday by the press Secretary to the Deputy Governor,  Ekikere Umoh, after the NDLEA’s chairman, Brig. General Mohammed Marwa, (retd), paid a courtesy visit to the deputy governor, Moses Ekpo, at Government House, Uyo.

Marwa who was represented by the agency’s Secretary, Barr. Shedrach Haruna, listed the destroyed drugs to include cannabis sativa, cocaine, heroin and other psychotropic substances.

He said the drugs were seized between 2014 and September 2021, adding that the destruction was in line with the agency’s Act which mandates it to take measures for the destruction of seized narcotic drugs and psychotropic substances. 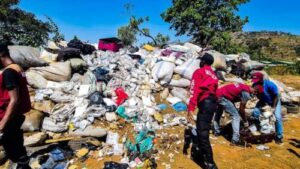 While reassuring that the agency will not rest on its oars to rid the country of the menace of hard drugs, the chairman stated that NDLEA is not only” involved in arrest and prosecution of drug offenders, but also tackling the scourge through aggressive drug awareness and sensitzation programmes for vulnerable youths and other groups”.

Marwa disclosed that the NDLEA recently launched a 24/7 toll-free call centre for members of the public who may need help on drug-related matters.