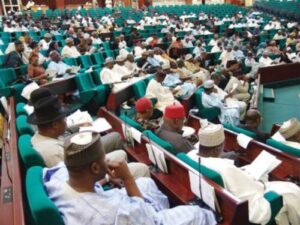 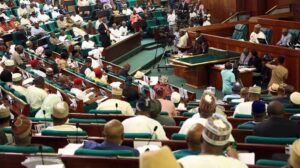 The House of Representatives’ Committee on Finance has summoned the Managing Director/Chief Executive Officer, Transmission Company of Nigeria,(TCN) Sule Abdulaziz, over the failure of it’s officials in  answering critical questions concerning a take-or-pay agreement with a power Generation Company, Azura Power West Africa Limited, mandating the country to pay the firm $33m monthly whether it supplies power or not.

The lawmaker, however, criticised the computation of figures in the written presentation by the TCN management, insisting that the Managing Director/Chief Executive Officer, Sule Abdulaziz, appeared before the panel to answer queries.

A member of the committee, Taiwo Oluga, said, “The representative of the chief executive, I will want to put it to you that with this document, you are confusing the House. If it is your document and we are arguing on it, whether it is megawatts or it is in kilowatts, an agreement has been signed on behalf of Nigerians in megawatts. Now, you are presenting documents to the House in kilowatts/hour.

“So, Mr Chairman, I will want to say that maybe these documents should be re-presented while we expect the chief executive to come and explain to Nigerians why $33m will be paid (to Azura) every month, yet we are not getting results – we are not getting power – and that is the root of all the problems in Nigeria as of today.

“And I want to say in developed countries, can we go into such an agreement on behalf of Nigerians without signing it? Even while signing it, we are not getting the power that is signed (for). I put it to you, you are travelling all over the world.”

Chairman of the committee, James Faleke, decried that the government, through the Nigerian Bulk Electricity Trading Plc, failed to reach a formal agreement with several power companies but signed a take-or-pay agreement with only Azura.

Faleke partly said, “The issue of $33m is just for one power company. Why the House has interest in this, TCN, is because we have concessioned other power stations. Egbin power station is the largest with 1,320 megawatts. It is private. We did not sign a take-or-pay (deal) with them. This is where I am going.

“If we have Egbin power station that is generating the highest into the national grid – 1,320 – and we also have Transcorp with about 650 megawatts and we did not sign take-or-pay with Transcorp, and I am sure we have others. What we are trying to bring out is, what is so special about Azura? Not only that it is special, just two or three people sat down and committed Nigerians to it. We will get there.”

Another member of the committee, Shaba Ibrahim, also criticised TCN’s presentation as confusing.

Chairman of the House Committee on Power, Aliyu Magaji, had moved a motion of urgent public importance titled ‘Urgent Need to Stop the Privatisation of Five Power Plants of Niger Delta Power Holding Company,’ which the lawmakers unanimously adopted.

Magaji had noted a report that the National Council on Privatisation and the Board of Directors of the Niger Delta Power Holding Company, in collaboration with the Bureau of Public Enterprises, through a request for expression of interest, resolved to sale five generation power plants of NDPHC at Calabar (Cross River State), Ihorbor (Edo State), Olorunsogo (Ogun State), Omotosho (Ondo State) and Geregu (Kogi State).

The lawmaker also noted that the shareholding of the NDPHC was held by the Federal Government (47 per cent) and the state and local governments, 53 per cent.

He added that the board had the Vice-President as the Chairman; six state governors each representing one of the six geopolitical zones; and four ministers – Ministers of Justice, Finance, Power and State Petroleum.