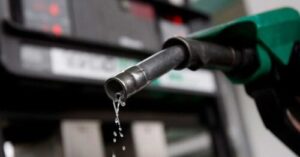 The Nigerian Economic Summit Group and oil marketers, under the aegis of the Petroleum Retail Outlet Owners Association of Nigeria, have aired their concerns over an impending fiscal crisis in Nigeria due to the continued rise in subsidy on Premium Motor Spirit, popularly called petrol.

NESG expressed its concern in the group’s September 2022 report titled, “The State of Nigeria’s Economy,” obtained in Abuja on Monday, as figures from the Nigerian National Petroleum Company Limited indicated that petrol subsidy gulped N2.04tn between January and July this year.

In NESG’s latest report on the state of Nigeria’s economy, it observed that the Federal Government’s huge fuel subsidy spending had been a drain on the country’s revenue despite the rise in crude oil prices in 2022.

The group stated, “In line with historical precedent, Nigeria’s fiscal space has been largely unimpressive, primarily on the revenue alongside a growing fiscal deficit.

The NESG called on the government to cut its fiscal deficit to avert an impending fiscal crisis, highlighting the gradual withdrawal of fuel subsidy as one of the measures to achieve this.