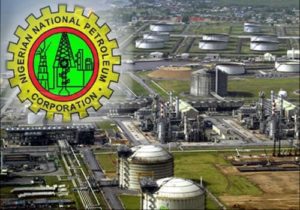 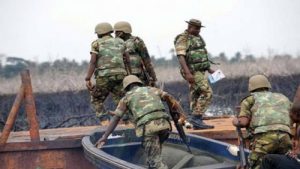 In contrast to the backdrop of recent figures of missing/stolen crude oil put at 200,000 barrels daily by the NNPC Limited, the Chief of Naval Staff (CNS), Vice Admiral Awwal Gambo on Monday said that it is practically impossible for such quantity of crude to be stolen daily, given the deployments of Nigerian Navy Ships and other operational platforms spread across the nations maritime domain.

THECONSCIENCEng reports that the Nigerian National Petroleum Company Limited (NNPCL) and the Ministry of Petroleum had stated the shocking but disputed oil theft figures by which the total estimated quantity of barrels stolen per day at between 200,000 to 400,000 per day.

But, speaking as guest of Channels TV, Vice Admiral AZ Gambo clarified that the data may not have emanated from oil theft alone noting that the government agencies were mistakingly attributing/calculating losses due to force majeure, and shut-ins as part of oil being stolen.

He said, “As much as there is no perfect system, the phenomenon of oil theft and losses must be properly de-conflicted in order to profer lasting solutions to the malaise which is currently bedevilling our economic resources.

“We need to understand the differences between oil theft and of course, oil loss. While oil theft is siphoning crude oil from vandalised pipes into barges, oil losses occur when there is non-production, especially during shut-ins and force majeure as the federal government does not earn the desired revenue it should”. 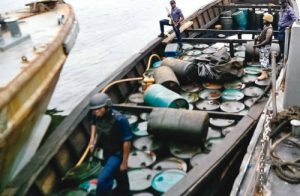 Explaining further, the CNS said crude oil losses could be as a result of metering errors on the operating platforms, while the volume of crude oil shut-ins from non-production are often added to oil theft data instead of accounting for them as oil losses by the authorities.

“This should not be. Some sources also claim that about 20,000 to 200,000 barrels per day are being considered stolen. Most of these claims are definitely outrageous and they are unrealistic,” he insisted.

While maintaining the fact that it is practically impossible to steal such volume of oil without being detected, Admiral Gambo said, “Let us even briefly analyse this. For instance, 100,000 barrels of crude oil is equivalent to 15,800,000 litres of crude, which requires a five-ton barge making 3,160 trips per day to convey this product out of the creeks.

“How do you pass the estuaries with this? So, let’s assume now you even have many barges because of the time required to carry out this product. That means you entirely close the navigable waters heading out to sea, through the estuaries, to embark them or to transit them into a mother vessel that will eventually take them out of the country.

“Of course, this is most unlikely considering the heightened presence of security agencies in the maritime environment as well as the launch of the subsisting operations by the Nigerian Navy, including of course, the deployment of the maritime domain awareness facilities”.