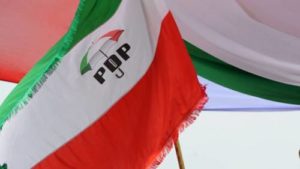 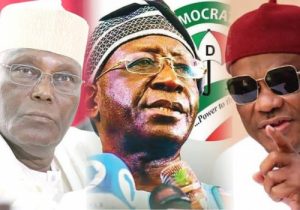 The Presidential candidate of the Peoples Democratic Party (PDP), Atiku Abubakar has said the party would lose the trust of Nigerians should it heed the call to remove its National Chairman, Sen. Iyorchia Ayu.

This, he said, was because removing him and tinkering with the composition of the Ayu-led  PDP National Working Committee, would be a breach of the party’s Constitution.

Atiku’s position was contained in a statement signed by his Media Adviser, Mazi Paul Ibe, which was made available to newsmen in Abuja, on Wednesday.

The statement read in part, “Atiku, who led other leaders of the party to Ibadan on Wednesday on an interactive session with stakeholders of the PDP said that the call for the recomposition of the National Working Committee was not impossible, but only when the constitution of the party has been amended to accommodate such demand.“

It further quoted Atiku as saying,, “the Peoples Democratic Party is the oldest political party in Nigeria since the return of democracy and even before then. It is a party that has laid down rules and regulations.

While responding to the demand by stakeholders of the party in the South West as expressed by Governor Seyi Makinde, Atiku said , “there is nothing any individual can do to change the outlook of the National Working Committee of the PDP.”

The Presidential candidate further said, “the PDP is a party where there are laid down rules and regulations.

“What Governor Makinde is asking for is possible only when we have amended our party’s constitution.

“As things stand today no single individual has the power to tamper with the NWC of the party. Doing so will be illegal and it will be against our rules in the party.

“Nigerians will not trust us to govern by the tenets of rule of law if we take such arbitrary action against our own party,” he said.

The Southwest stakeholders’ interactive session was attended by leaders of the PDP across the six states of the geopolitical zone with a common resolution to ensure victory for the PDP in next year’s general election. 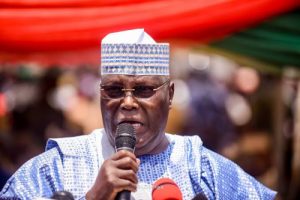