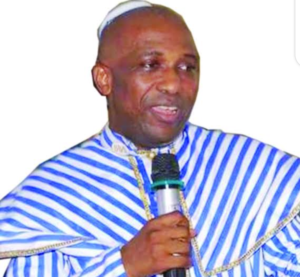 It’s definitely not a good time for the former prime minister of Kenya, Raila Odinga following his unsuccessful bid to overturn William Ruto’s election victory at the Supreme Court of Kenya.

Raila Odinga had failed to accept the election result that saw William Ruto winning against all odds and decided to seek legal means to nullify the election or declare him as the rightful winner of the election.

Odinga in his voluminous petition submitted to the Supreme Court alleged that the election was not fair enough and that the portal of the IEBC was opened for Ruto’s camp to manufacture numbers to favour them.

However, the supreme court of Kenya has thrashed the case, stating that there was no evidence to prove the allegations especially for the fact that the IEBC was able to prove its credibility in court.

This development has no doubt fulfilled the prophecy of famous Nigerian prophet, Primate Elijah Ayodele which he released a few days after the election. The man of God who prophesied the victory of William Ruto gave a warning to Raila Odinga, urging him to accept the result of the election instead of going to court.

This warning was published on top Kenya news website, Kenyans.co.ke, and these were his words

“His Excellency, Raila Odinga should accept the result of the election in good faith, his time has elapsed and trying to compromise will only dent his image. Attempts to upturn what God has done will only lead to crisis,” (https://www.kenyans.co.ke/news/78604-nigerian-prophet-primate-ayodele-who-predicted-rutos-win-warns-uhuru).

Few days later, the man of God warned Odinga again not to waste time going to court because God has given William Ruto his victory. This was published on top Nigerian news website, Daily Post and these were his words

“My message to Raila Odinga is that he shouldn’t waste his time any longer, William Ruto’s victory is sealed, court or no court, God has given him the victory.Stop dragging Kenya backwards; God has great plans for Kenya under the administration of William Ruto; the country should not be dragged backwards against the wish of God with battles from parties that lost the election, victory has been sealed already.” (https://dailypost.ng/2022/08/22/presidential-election-dont-go-to-court-god-behind-ruto-primate-ayodele-warns-odinga/)

As the man of God warned, Raila Odinga failed attempts to upturn the victory of Ruto has indeed shown that the time of Odinga to become president of Kenya has elapsed. Odinga should have listened to the warnings of the man of God, maybe he would not have faced a second defeat like this.

Long before the election, Primate Ayodele had warned Odinga not to accept the endorsement of President Uhuru Kenyatta because it would be a dent to his victory in the election but he never listened.

He had thought, just like everyone else,that the backing of the incumbent president will have a positive impact on his election but as it played out in the election, Odinga was described as the president’s project and this was a factor that led to his loss in the election.