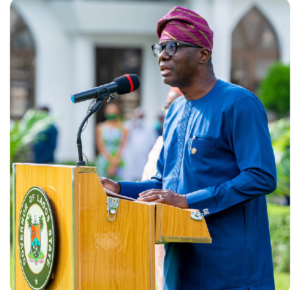 Nine months since announcing takeoff plans, the Lagos State Government is yet to kickoff its proposed monthly rental scheme that was raised to reduce the burden of rent payment for Lagos residents.

Investigations showed that despite committing the sum of N5bn to help the project commence, the scheme has failed to kick off in any part of the state.

At the second Lagos Real Estate MarketPlace Conference and Exhibitions which was held in December 2021, the Special Adviser to the Lagos State Governor on Housing, Mrs. Toke Benson-Awoyinka, had said that the initiative of a monthly rent payment scheme would commence soon in the state ‘soon’.

She said, “Tenants can therefore use the yearly payment for other forms of investments or for payment of school fees as the burden of payment of yearly rent is taken away from them completely. So it is a win-win social investment scheme, it is a good one and it is applaudable.”

Speaking in an interview, the Lagos Commissioner for Information and Strategy, Mr. Gbenga Omotoso, had said that all the necessary arrangements had been perfected to ensure the success of the scheme.

He, however, noted that although the scheme would not be available for all classes of Lagosians, those who fell within the threshold of the requirements to enroll in the scheme would no longer have to face the daunting task of having to pay a yearly rent.

Omotoso said, “The Office of the SA on Housing, Mrs. Toke Benson, is handling it and the process is very simple. It is for tenants and landlords to have a harmonious relationship, so that if you are coming into Lagos to get accommodation, you don’t have to pay through your nose by looking for a year’s rent and all that.

“So what the government is going to do is to put down a lump sum of money. From this money, anybody who enrolls in the programme can get his landlord paid yearly while he himself can continue to pay monthly.

“Some people have a regular source of income. It’s going to be like a revolving fund. So it’s very simple and the idea is to make everything easy for people.”

He added, “If you get a house that is bigger than what you can pay for because you know that the government is going to pay the yearly rent, it won’t work. It has to be the kind of accommodation that can match your income.” 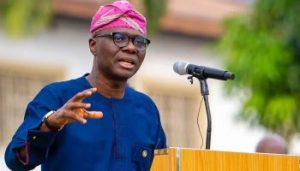 Recall that a bill regulating the payment of rent was introduced in the Senate. The bill was sponsored by Senator Smart Adeyemi, who is representing Kogi West and had passed one of the five required readings. The bill came amidst complaints about the high cost of rent in Abuja.

The bill made it an offense for a landlord to demand the payment of rent in advance, scrapping yearly rent with a monthly plan where the first three months would be paid for, followed by subsequent monthly payments.