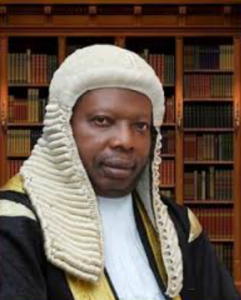 The EFCC arrested Oluomo around 9:00 a.m. Thursday morning at the Murtala Mohammed International Airport in Lagos.

THECONSCIENCEng gathered that the operatives picked up the prominent Ogun State politician to answer questions bordering on alleged financial misappropriation.

Taiwo Olakunle Oluomo is a prince to the late monarch of Ifo, a commercial border town between Lagos and Ogun State where he started his political career from and represents at the Assembly.

Oluomo has reportedly been enmeshed in a financial scandal currently been investigated by the EFCC.

Messages sent to Mr Adeleye Gaffar, Oluomo’s spokesman were yet to be responded to.

Operatives of the commission were said to have whisked him to their Lagos office, for questioning.