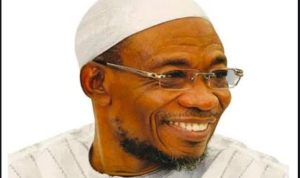 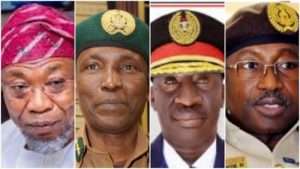 The Minister of Interior, Ogbeni Rauf Aregbesola, has ordered the Civil Defence, Correctional, Fire and Immigration service Board to hold the next promotion  examinations of its officers in their states of operation.

THECONSCIENCEng reports that this was contained in a statement signed by the Ministry’s Deputy Director of Press, Afonja Ajibola on Tuesday.

The statement reads in part “Aregbesola observed that examination in such a crowded environment does not give the needed integrity the exams should have.

“He, therefore, ordered the Secretary of the board, Hajiya Aisha Rufa’i, to henceforth conduct promotion examinations in various states of the Federation.

“The Minister added that since there are CBT centres across the states that could be used for the examination, it would go a long way in providing seamless conduct of the examinations in the respective states.

“The Minister commended the board for achieving the feat in conducting CBT examination which has added relevant credibility to the process.”