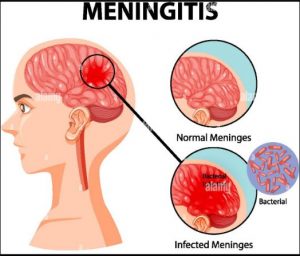 The World Health Organization (WHO) and partners have launched a roadmap to stop by 2030, bacterial meningitis outbreaks on the continent.

In a race against time, African countries are being urged to rapidly implement the plan before the start of the meningitis season in January, which runs until June.

More than 400 million Africans are still at risk of seasonal outbreaks, but the disease has remained off the radar for too long,” said Matshidiso Moeti, WHO Regional Director for Africa

The disease is caused by inflammation of the membranes surrounding the brain and spinal cord. Acute bacterial meningitis can cause death within 24 hours and leaves one in five survivors with lifelong disabilities.

Based on country reports, WHO found that control activities were reduced by 50 per cent in 2020 compared with 2019, with a slight improvement in last year.

While no type A case has been reported in Africa over the past five years, outbreaks still occur and are caused by other types of meningococcal bacteria.