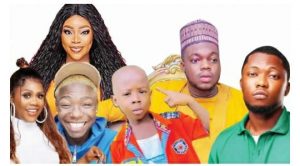 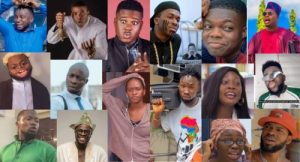 The era of Social media has undoubtedly  ushered in a new vista of possibilities for different fields of human endeavour, and the entertainment industry is not left out. In recent years, social media comedians have been rising in popularity, and smiling to the bank at the same time.
Some have been buying exotic cars and houses, and it is obvious, it is now a lucrative business.

In this write up, we take a look at some of the luxurious items bought by skit makers

Skit maker, Chukwuebuka Amuzie, aka Brain Jotter, has carved a niche for himself by virtue of his funny look and mannerisms in skits.

Brain Jotter initially started his career as a standup comedian, but he did not get the attention he wanted until he ventured into skit making. He is noted for his commonly used phrase, “Abeg get out”. With over 1.5million followers on Instagram, and over 500,000 subscribers on YouTube, skit making has proved financially rewarding for him as his lifestyle has evidently improved.

In May 2022, he purchased a Toyota Venza vehicle for his mother. He announced the good news on TikTok by sharing a video of him presenting the car to his mother. He wrote, “I got my mum her first car. She couldn’t believe it.”

In an earlier interview, he had stated that he earns about N10m every month.

His cars include a Range Rover SUV and Mercedes-Benz.

With over one million followers on Instagram, and over 3,000 subscribers on Youtube, Amarachi Amusi, aka Ashmushy, is not doing badly as a content creator and brand influencer. Since she became popular as a skit maker, her lifestyle has changed in a huge way.

In April 2021, she purchased a Lexus SUV. Announcing the news on her Instagram page, she shared a video of her dancing with the newly acquired vehicle. She captioned the post, “Say hello to my new baby, bought it for myself, by myself, with my money.”

In March 2022, she celebrated having one million followers on Instagram by announcing that she had became a homeowner. She posted pictures of the house and added the caption, “Got me another one to celebrate my new one million real followers, so feel free to double celebrate me.” she captioned the post which showed beautiful photos of her newly acquired crib.

Comedian, skit maker and military personnel, Abdulgafar Ahmad, aka Cute Abiola, is undoubtedly one of the popular skit makers in the country. He is known for the phrase, “I use God to beg you”, and has won the hearts of many fans.

Earlier in the year, in March, he had bought a Honda Accord car for his mum. In a video he posted on his Facebook page, he could be seen showing his mother her new car. He said, “Ramadan gift to my mum. Enjoy your new ride, ma.”

With one million followers on Instagram and 100,000 subscribers on YouTube, Emmanuel Adesokan, aka Shank Comics, is one comedian that many have come to love.

Enorese Victor, aka Kiriku, is one of the youngest skit makers making waves at the moment. The nine-year-old comedian is known for his usual phrase, “Abeg shft”, and an oversized shirt he wears in all his skits. Since coming to the limelight, Kiriku has achieved many things his age mates can only dream about.

He recently bought two Mercedes-Benz vehicles. He took to his Twitter page to announce the good news with a photo of him and the new cars. He added the caption, “God don do am (God has done it). Double double.”

Chinonso Ukah, aka Nons Miraj and Ada Jesus, is a female skit maker and brand influencer who puts smiles on the faces of many with her skits. In an interview, she stated that she made her first million naira on Instagram.

In August 2021, she took to her Instagram page to inform her 400,000 followers that she had purchased a new car. She wrote, “Thank you for 400k plus followers. Your favourite  has finally bought a car.”