The United Kingdom, UK, on Monday announced the appointment of Liz Truss as the new Prime Minister.

Truss succeeds Boris Johnson who resigned his appointment as PM in July over a series of scandals. 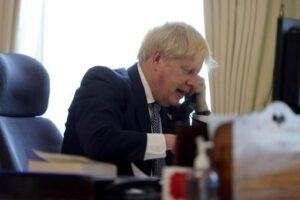 Before her emergence as PM, Liz Truss was the Secretary of State for Foreign, Commonwealth and Development Affairs.

Born 26 July 1975, Mary Elizabeth Truss is a British politician who is the leader of the Conservative Party and now Prime Minister of the United Kingdom.

She is currently serving as the Secretary of State for Foreign, Commonwealth and Development Affairs since 2021 and Minister for Women and Equalities since 2019.

As a member of the Conservative Party, she has been Member of Parliament (MP) for South West Norfolk since 2010. She has served in various Cabinet positions under Prime Ministers David Cameron, Theresa May and Boris Johnson.

She is due to resume office as Prime Minister on 6 September, and will be the third woman to serve in that position.