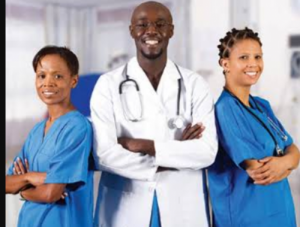 Doctors call for extension of retirement age to 70 years

The National Association of Government General Medical and Dental Practitioners, NAGGMDP, on Monday urged the Federal Government to extend the retirement age of medical practitioners to 70 years to enable them enough time to impact more knowledge on upcoming doctors.

The body of doctors made the call, yesterday, in a communique issued at the end of its National Executive Council meeting in Abuja.

NAGGMDP, which also urged the Federal Government to prioritise the health sector, noted that the extension of the retirement age of medical practitioners was to allow them impact more knowledge in upcoming doctors.

According to the communique jointly signed by National President, Dr Dokun Noel, and General Secretary, Dr Ekundare Folu, Nigeria is facing an acute shortage of doctors because many have emigrated to Europe, North America and the Middle East.

It added:  “The NEC resolved that the government should immediately begin to consider the review of the retirement age of doctors to 70 years to retain experienced hands and also to cover for the acute shortage of doctors being witnessed currently. 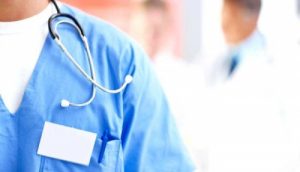 “The NEC also resolved that the government, especially state governors and local government authorities should, as a matter of urgency, commence recruitment of doctors and make all necessary efforts to employ doctors to fill the spaces opened up by the brain drain/emigration of doctors and other health care workers.

‘’This is very necessary because the state and local govt healthcare systems are most hit and this sector caters for the bulk of the population in the country.”

The communique stressed the need for the Federal Government and relevant stakeholders to give the health sector top priority to reduce the increasing level of brain drain currently ravaging the nation.