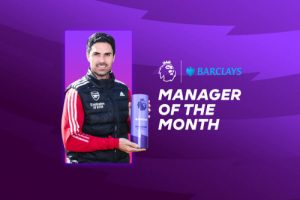 Arsenal Manager, Mikael Arteta has won the premier league’s Manager of the month for August.

He beat other competitors which included Pep Guadiola and now Chelsea coach Graham Potter to clinch the award.

Arsenal have been dealt a huge blow ahead of their English Premier League clash with Brentford on Sunday after Oleksandr Zinchenko picked up a knock in training.

Zinchenko is expected to be out for at least two weeks.

Since moving to the Emirates in the summer, Zinchenko has been plagued with a knee injury that made him miss games against Fulham and Aston Villa.

He, however, returned to the Arsenal’s starting line-up earlier this month in a 3-1 defeat to Manchester United and as well as coming off the bench in their Europa league game against FC Zurich last week. 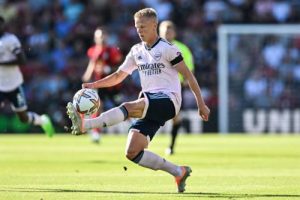 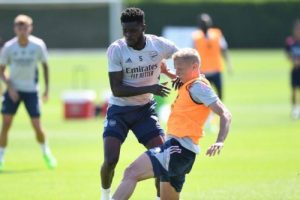 Zinchenko has now sustained a different injury, this time to his calf, forcing him to withdraw from selection for Ukraine’s upcoming international matches.

“Oleksandr Zinchenko will not be able to help the blue and yellow during the September matches in the UEFA Nations League.

“The Arsenal player suffered a calf muscle injury during training at the club which will require two weeks for treatment and recovery,”  the Ukrainian FA said on Friday