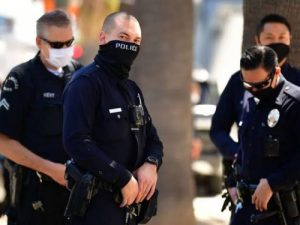 The parents of a 5-year-old boy and pupil of East Silver Spring Elementary School, Maryland, United States have been awarded  $275,000 compensation settlement.

The Washington Post reported on Tuesday that the undisclosed boy got the settlement after being abused by two police officers Dionne Holliday and Kevin Christmon on January 14, 2020.

Holliday and Christmon threatened to beat the boy and criticised him for playing truancy, but, camera footage showed they called him a “shepherd of the devil.”

According to the report, one of the officers pulled out his handcuffs and closed one of the loops around the child’s right wrist, and said “these will be your best friend when you’re older.”

The law enforcement agents defended their actions, and Christmon said “I really do think that my actions were appropriate at the time.”

However, the details of the extended internal investigation at the Montgomery County Police Department were revealed when the district paid out $275,000 in a settlement after the incident at East Silver Spring Elementary School in Maryland.

Officers Dionne Holliday and Kevin Christmon were seen holding down the crying child to a chair and shouting abuse such as “I hope your momma let me beat you” in the body camera footage that went viral.

Montgomery County Council member Will Jawando said the video of the boy at East Silver Spring Elementary School, pictured, “made me sick.” 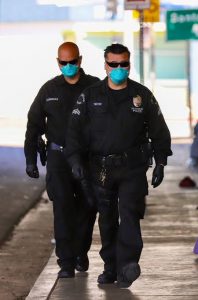 The boy’s mother, Shanta Grant, came to the school that day and was eventually awarded $275,000 in a settlement after filing a lawsuit.

Grant’s lawyers, Matthew Bennett and James Papirmeister said the video showed the officers treating her son “as if he were a hardened criminal.”

They said how the boy was treated was “way past the line of emotional child abuse.”

The police department and the county’s public school system declined to address the incident in detail, citing the mother’s pending lawsuit. But the school system issued a statement describing the video as ‘extremely difficult’ to watch.

“There is no excuse for adults to ever speak to or threaten a child in this way,” the school system said. “As parents and grandparents, we know that when families send their children to school, they expect that the staff will care for them, keep them safe and use appropriate intervention processes when needed.”

Reports also indicate the settlement money will be placed in a trust fund, which the child will be able to access when he turns 18.