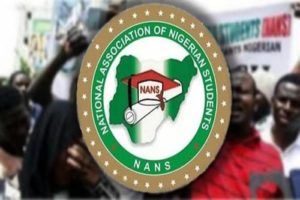 The Academic Staff Union of Universities (ASUU) have aired their support for National Association of Nigerian Students (NANS) on its demands before the federal government and its ongoing protest over the lingering ASUU strike.

THECONSCIENCEng reports that the National President, ASUU, Prof. Emmanuel Osodeke, in an interview with newsmen commended the students for fighting for their rights.

He said, “We commend NANS members for fighting for their rights. It is their right. The pro-chancellors are doing well too. We hope the government will listen to them because they (pro-chancellors) understand what is happening in the Nigerian universities,” he said.

The ASUU president added that the union will meet with the Speaker of the House of Representatives, Femi Gbajabiamila on Tuesday.

The NANS protest comes following the ongoing strike by the members of ASUU.

NANS had hinted on Sunday that it will ground major highways including the Lagos international airports on Monday (today).

The student body coordinator, Zone D, Adegboye Olatunji, who confirmed the development noted that the Lagos airport would be the first among the airports to be grounded by the students.

“The Lagos airport will be grounded on Monday (today). All we want is for the government to answer us. We want an end to the strike,” he stated. 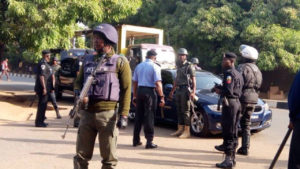 Meanwhile, men of the Lagos State Police Command, Lagos Airport Police Command have been sighted on ground in readiness for a showdown as the students ground the Murtala Muhammed International Airport, Ikeja, Lagos today (Monday).

The command’s spokesperson, Benjamin Hundeyin said, “Speaking from a position of confidence, everything is intact, and there is no threat on the airport or the airspace.

“However, the protesters who issued the threat are free to come out and see what awaits them. We, however, urge law-abiding Lagosians to go about their lawful duties without fear of intimidation or harassment.”

The airport police command’s spokesperson, Olayinka Ojelade, also said, “Our men have been on standby since Friday, so nobody is folding arms to watch the students disrupt aviation activities.

“They can’t enter the airport; they can only block the entrance to the airport. Whoever is travelling will know how to bypass them and enter the airport. No airline is on strike, so, they will attend to their passengers. Nobody can ground flight operations, they have been warned.”